The Cartier Moose Loop travels through the rugged and rounded rocks of the Laurentian Highlands and travels trough Boreal Forest.

While traveling on the Cartier Moose Loop explore the remnants of the Village of Sellwood. In 1900, the village of Sellwood, located 14 miles north of Capreol, was a sawmill town of about 100 people that included prospectors and Aboriginals. In 1907 it was better known as the northern terminal of the Canadian Northern Railroad and by 1910, the discovery of iron deposits led to the beginning of mining operations.

By 1916, the town had four stores, a Chinese laundry, a bowling alley, four pool-rooms and two restaurants. Accommodation could be found at one of the two bunkhouses, or at the 100-room Warren Hotel. Many of the residents owned their own homes. There was also a school, post office and a church. At its height Sellwood boasted a population of 1,500. By 1930, Sellwood was completely empty. Learn more about this ghost town by clicking onto this link http://www.ghosttownpix.com/ontario/intros/sellwood.html

While traveling on the northern section of the Cartier Moose Loop, It’s common to view a family of Northern Lynx living in the Boral Forest. Lynx usually have litters of two or three and the young stay with their mother for a year. The Northern lynx is highly adapted for life in the northern forests. The wide furry paws distribute its weight over the snow and its long legs help the lynx to move quickly through even deep powder. The tail is short so that it does not drag in the snow, and the black tips of the ears and tail keep them from freezing. The adult body lengths are between 950mm and 825mm, with females being smaller than males. The lynx needs a large home range to find enough food for itself and can travel large distances in search of prey. When observing these majestic cats along the Cartier Moose Loop, please remember to give these fierce wild cats lots of space and use caution around the Northern Lynx, they have been know to fall deer for food.

The Cartier Moose Loop winds it’s way to the Town of Cartier. In 1885 the community was known as Archer. In 1888 it was officially named Cartier after the township, which was named to honour Sir George-Étienne Cartier (1814–1873), joint premier of the province of Canada with Sir John A. Macdonald from 1857 to 1862.

The Cartier Moraine Conservation Reserve captures a unique part of Ontario’s geologic history. This 43-hectare conservation reserve is directly north of the town of Cartier and is located in the Territorial District of Sudbury, in Northeastern Ontario.

Well over 23,000 year ago glaciers deposited a cover of till. The till deposits that form the Cartier Moraine consist of sandy gravel, boulder sand, and lesser silty-clay till. Boulders up to 10m in diameter can be seen in this area. 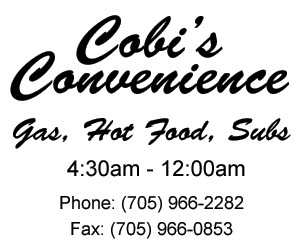